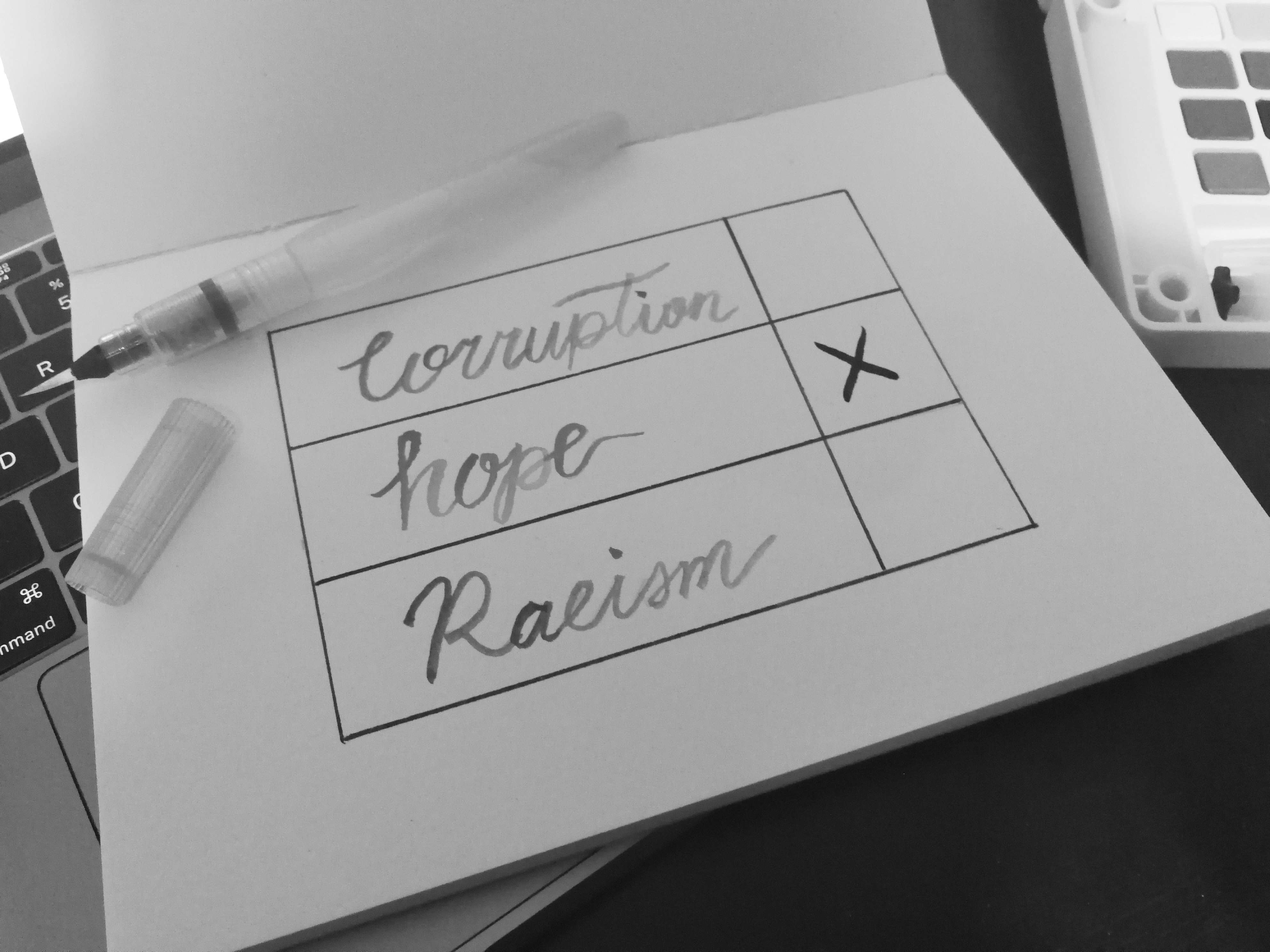 I was never a person paying much attention to any political news in Malaysia or any part of the world. In fact, I seldom read local news especially if they involve any ministers. I would update myself with international news daily but never on the local news.

I’d read up some local big shot news that you can never miss because you definitely have friends that share them on social media. It never fails to sadden me whenever I came across ministers trash talk (talk as if they have a peanut sized brain) and openly discriminates minorities.

It was painful to watch the country that I once proud of slowly deteriorated having these baboons led. The country turned into the center of laughing stock.

Fast forward to the day the general election date was announced, I was at work and coincidentally checked my phone for messages (which I seldom do so). My friend forwarded the news to us, I put down my work and checked out from the official news media.

I texted J and he responded in split seconds. Within 2 minutes he told me he couldn’t get through the payment page of most budget airlines.

I immediately popped into a third-party travel site to check out for air tickets. I just happened to find the considerably cheap air ticket, filled up the details and hit the next button in lightning speed. When I get to the payment page, I was informed that ticket price has increased by 20 bucks. I was so determined to get the ticket that I just punched in my card details and waited for the confirmation page. Our trip was confirmed within one minute.

The day passed in a blink and it was two weeks ago, J and I made a short trip back hometown (Penang) in Malaysia. It was our shortest trip ever, 24 hours. We landed in Penang on Tuesday evening (8th May, 9.00pm). Our return flight back Singapore was on Wednesday evening (9th May, 9.30pm). Ok, it is 24.5 hours to be exact.

We made the trip back specifically for the election which fell on Wednesday, 9th of May 2018. It’s middle of the week, we could only afford to take a day off from work with our scarce annual leave entitlement.

On the polling day, all of us registered voters, headed out to cast our votes at our respective polling station.

While I was in the queue, messages starting to flow in. I received messages from friends encountered ballot she got was without a stamp. That basically meant even you cast your vote, it will not be accounted for because an effective ballot must have a stamp on it. The officer had the cheek to say she has forgotten. How on the earth you’re assigned with just one job (stamp the ballot paper) and you can’t get it done perfectly?

I started to panic and I kept repeating the things that I have to carry out during casting my vote mentally. This is my second time, heck it felt like it was my first.

As I was inching towards the room where my voting booth located, I peeped into the room and saw the two labeled transparent ballot boxes. To my surprise, there were two different color ballot in the boxes. I quickly snapped a photo of it and sent it to J and my family to warn them.

The guy in front of me was a first-time voter, he checked out with me whether which ballot should go to which ballot box. I wasn’t sure so I told him to check out on the ballot, it will definitely spell out parliament/state ballot. When it was our turn to cast our vote, I went through the 3 officers namely to verify my voting status, dip my left index finger with indelible ink, and get my stamped ballot paper.

While I was checking out my ballot paper in front of the 3rd officer, the 2nd officer tried to chase me off to the voting booth. I stared at her and told her I am checking my ballot paper to ensure they are spotless, with serial number and stamped. I didn’t want to take the risk of them refusing for a switch of the ballot if there’s a smudge or something amiss after I walk off from the view.

I noticed from the ballot paper received, there are no details about the parliament or state ballot spell out in it. It was basically with candidate name and party logo. Many didn’t know the candidates that ran for state or parliamentary seat. The first time voter ahead of me waited for me to cast my vote first to ensure he got his into the correct ballot box.

In fact, there were few cases reported the ballot boxes were labeled wrongly in some voting stations. Some voters stood up for this and got the officer to label them correctly before proceeding to cast their votes.

It concerned us as we never know how the counting process going to be at the end of the day (they might disqualify the ballot that went into the wrong ballot box). There were a lot of tactics deployed last general election for the then government to win. Local news media then reported that the ballot will be sorted prior to the counting process. We felt great relief from the thoughts of we might lose plenty of votes because of that due to that.

I was glad that I read up leading to the general election and get to know more about the candidates that I voted for. I think it is important for us to know what exactly we sign up to for the next 5 years.

We heard of the electoral commission gerrymandered (manipulate the electoral lines in favor of the government), phantom voters, and etc. We heard stories but never witness one, now I believe not all but part of the stories regarding the unethical tactics played by the government during polling were true stories.

Throughout the day, we’d go through sharing in social media of people trying to smuggle ballots into the polling station and etc. I was skeptical that the opposition would be able to turn the table around and win nationwide.

Soon, it was time for us to head to the airport to catch our flights back to Singapore. We met a few friends at the airport and all of us refreshed the live result page every few minutes. We were greeted with this until we boarded the plane. 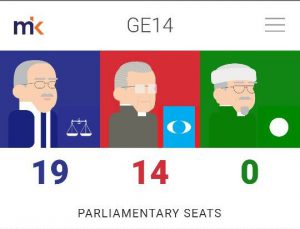 I didn’t even bother to check out for further updates because I was beyond tired. J stayed up to follow the live updates while I swayed into lalaland. He didn’t manage to stay up till the official updates though, he waited for the count to turn to majority unofficially which was 3 am before he hit the sack.

I woke up the next day morning to my phone ringing alarm clock. Headed to the bathroom for a shower and start my day. I don’t want to know it so soon that we lose, Pakatan Harapan lose.

J, on the other hand, woke up and checked up for official news while I was taking a shower. I came out from the bathroom to a phone in my face saying it’s official Pakatan Harapan won.

My heart was thumping so fast. I hurriedly slapped on my skin care and started scrolling my phone. I still couldn’t believe it that we won. 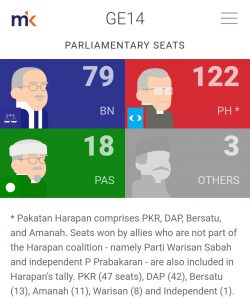 The effort of fellow Malaysians didn’t go to the waste. Thanks to those who safeguard the counting center under their own risk while the counting process was ongoing, those who traveled back to cast their votes, those who volunteered to fly back some postal votes in person, those who funded some voters to go back to their hometown for voting and etc. You guys are awesome.

We, Malaysians unite and overthrew one of the most corrupted government. There are more dramas unfolding in the days to come but I am glad we are in this together in hope for a positive change.

Thanks to the new leaders that have worked tirelessly for the reformation. Please lead the country to a betterment and that’s our hope.