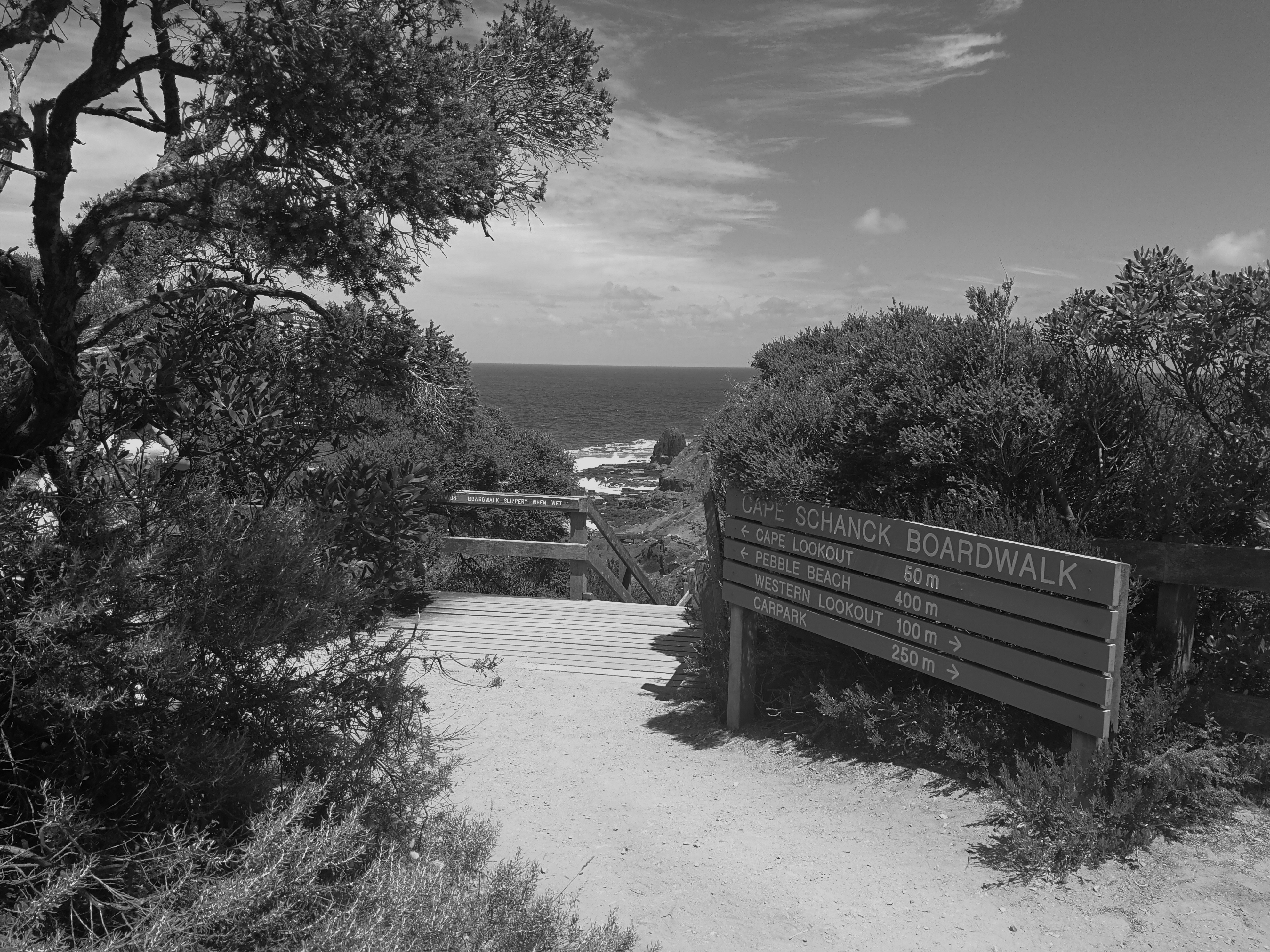 Wow, it has been more than a month since I last blogged. Never expect it would take me so long to get back. Well, I was away 2 weeks for CNY celebration back in Malaysia (my hometown). What else I was busying for the rest of the days?! So much excuse for being lazy (that’s me) hahaha.

I am back with an article that’s due long time ago.

Alright, I should stop the crapping LOL.

Not so much of an adventure but it’s more like a walk in the park, I am sorry at a rocky shoreline hahaha.

We made a stop on our way at The Pillars. It is a spot for cliff jumping which I looked forward to so much. Sadly it was closed for some roadworks. How is that road work on a cliff? Anyway we stopped at a spot just next to The Pillars.

Look at this, the view that greeted us when we walk further the path.

I am sure The Pillars would look even more awesome and being able to jump off a cliff. Me being me, I got B to be my subject for photo taking. Caught him in the lens smiling sneakily while doing the Asian squats.

One more in black & white, which I would always capture because I love how it turned out in my phone.

One of myself that secretly holding myself back from laughing out loud.

We were contemplating to get down, it looks cool (as in awesome) down there. We decided not to because it was quite slippery, we weren’t in the right shoes to do that. Off we go, to Cape Schanck.

It was sunny when we were at Cape Schanck, which was out of my expectation because the weather forecast said that it’s going to be a gloomy day. It was so bright and warm that we had to spam sunblock to avoid us charred from the exposure.

It wasn’t our first visit there. Our first was at night after our dinner nearby, it was pitch dark and we were there for stargazing. There were like 5 cars and B was a bit worried that we might get robbed or something. Here’s the skyline that very night when we went stargazing.

It’s definitely a shaky hand because the stars is not in a dot shape hahaha. Not too bad for a windy night taken without a tripod or monopod *self comfort*.

That’s the Cape Schanck Lighthouse in the photo on our way to the boardwalk.

That’s what I meant of bright and warm. The view from the lookout is such, the great mother nature. We stood there for quite some time to soak in the breeze before moving to the boardwalk.

Make our way down the boardwalk direction and look at the view that greeted us.

According to the information board, the left side (was it west side? pardon my sense of direction, I can’t help it) of the bay is much calmer from the right (east side?). I’d say so too, I will show you the reason I said so in a bit.

We went to the Pulpit Rock instead of the Pebble Beach. To the left, to the left.

We went further at the Pulpit rock area, it was slippery especially with the shoes we were in that day. I had to hop from rock to rock and make sure I had a firm stand before moving my feet further.

Went a little off track (there’s no such thing as track) to capture this. Water flowing in from the waves that were hitting.

Notice the yellow patch, they are algae I supposed. So much to care for because I did not want myself landed in the water. I squated for a good 10minutes to wait for a big wave to hit in, I would do it again. Check it out why?

B was watching me few steps away and warning me to watch out not to slip. Worth the 10minutes squats.

We make our way further but stopped after a bit. The waves are getting stronger each steps we made and we did not wet ourselves. We did not prepare any change of clothes or towel.

Met a girl on our return way and had to get her to take some photos for us. Here’s me watching every steps I make, I seriously did not want to land on my bum or get myself wet.

Fidget when the waves hit and I was so distracted.

Finally one that both of us focus on the lens. Check out my glowing forehead FML.

We are so tanned for a reason. Hahaha, we love outdoor activities. I wish I was with a “never get tanned skin”, but it’s too late to ask for right now FML. Found a picturesque spot and got B to be my model.

One more that I got B to stand instead of sit and I had to make a few steps away from where I was.

We love it there and would definitely recommend everyone that visit Victoria to check out this place. It was extremely tired honestly having to hop our way and make sure we are standing firm on each rock.

We gave up exploring Pebble Beach because all we want to do is get back to the car for some cool air.

Alrighty, that’s all for this post and I shall come back with more. I have more to share and hopefully I don’t procrastinate.

89 thoughts on “Adventure in Cape Schanck”

Happy Valentines Day! 💐 From Him to Her From M

Bold and Italic, Never Regular. One of my favouri

Take a moment to stop and appreciate things around

No reason to fear the wind when so deeply rooted.

Hong Kong and I? The only photo of me in Hong Kon