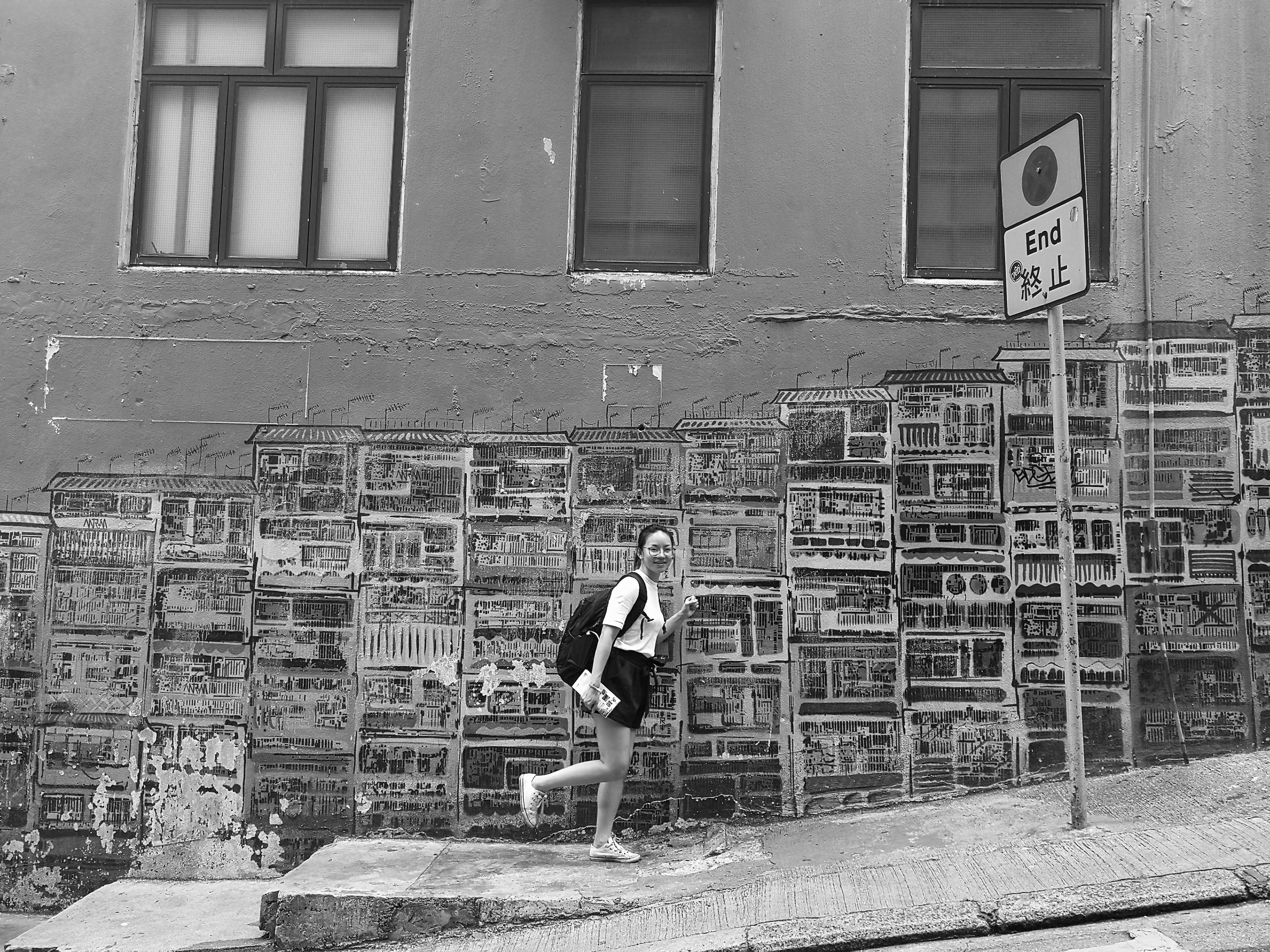 20 hours in Hong Kong, let’s see how much I can blurt.

I was there for two weeks. I mentioned about it in the last post, didn’t I?

Technically, I have 20 waking hours to myself in the city. I got a day before the start of the training and a day after the training ended. That’s where I landed with 20 waking hours. Hahaha Had to plan it that way so I have some taste of Hong Kong. The rest of the time was spend in training, finish daily homework and prepare for the exam.

FOOD FIRST! Honestly, I looked forward to food the most. I knew I won’t have the time to do the sightseeings.

That’s all I can fit into my empty stomach. It’s not the best but beggar can’t be chooser. Haven’t got a decent dimsum for a while. Deprived af hahahaha.

Tummy sorted, explored the Central area on the first day, it’s super Hong Kong to me. The scenes in movie and drama which we have been watching since little came to life.

Navigating around in Central requires some energy though. There are slopes and stairs you definitely can’t escape from. Might be a problem for people with mobility issue, not to mention the pathways are miserably narrow.

Look at the slopes and there were stalls on both sides of the narrow street. Literally panting after reaching the top of it and the quads burning.

Explored the area by foot and I stumbled upon Kaws: Along the way exhibition. Kaws is an American artist and designer. Known for the figurative sculptures which were turned from his early days 2D paintings.

This huge sculpture on the left which you will never miss it happens to be in your city. There was a short queue and took me probably 15mins to get in, not too bad.

The sculpture on the right really is so relatable to me. Often we judge from what we see rather than finding out the truth. I have been trying to stop doing that for a while.

It’s so nice to have something around the corner. The humidity and air quality put me into extreme exhaustion.

Turned around a corner to find a stall selling desserts. Ordered green bean, the one on the left. I am not expecting this but it turned out so refreshing with some crunchy ice shaving bits in the soup.

Made a small detour to grab a Lan Fong Yuen HK style milk tea, the one on the right. It’s diluted and did not live up to the standard it deemed to be.

I was so exhausted by 2pm and went back to the hotel to check in.

First thing I did was to get a nice warm shower. Phew, after more than 30hours of no shower. I wonder how I could survive a drought. The rest of the afternoon was spend unpacking stuff for the two weeks stay and iron all my clothes.

I wanted a polo bun, HK style milk tea and ham macaroni set. It wasn’t available as dinner set and I ordered the closest one.

I had the polo bun which was up to my alley because I love heavy bread or bun. It was crusty on top, soft and a little heavy on the inside. I asked for extra marjerin to go with it, it was sooooo gooodddd.

Good balance between the milk and tea, and thankfully sweetness level was just nice too.

I ordered something to do with ham for nothing will go wrong with ham. Hahahaha I was glad when it was served, ham omelette. I was looking for something light. Perfect for me!

I had plenty of food during the course of 12 days in Hong Kong. I would go for a nice dinner after training. Here comes all the foodie photossssss!

I was being greedy and decide to get a small wanton noodle and order a stir fried beef flat noodle. The wanton in the noodle was so good but not so much on the noodle. Beef noodle didn’t taste as good as I’d expect it to be. How a Michelin star restaurant can go so wrong, I really have no idea. I would like to keep this restaurant secret because there’s nothing to shout about.

Visited Crystal Jade for some dumplings, sichuan sour and spicy noodle and glutinous rice ball with ginger soup. Dumplings and glutinous rice ball were really good. The noodle was disappointing as it wasn’t sour to start with. Practically gave it a generous vinegar shower (provided on the table). Couldn’t finish the noodle but that’s basically the most I can stomach.

Checked out Café Terceira and was so excited, it’s my first Macau food experience. Had the pork belly burger and Portugues tart. Burst in happiness while having the Portuguese tart. Pork belly was crunchy but it was a little gamey.

On some nights, I would have random food. From left, Vermicelli Sheet with BBQ Pork *major thumbs up* from Nha Tra, healthy (looks like but it was filling) dinner from Muji and linguine from one restaurant (can’t remember the name of the restaurant)

The star of the trip, roast goose! Everyone mentioned roast goose when I say I am visiting HK. If you know me well enough, I seldom go out of my ordinary meat selection (pork, chicken, beef, lamb, some seafood and nothing out of the norm). Got out of my comfort zone and tried Kam’s roast goose for dinner. It was michelin star rated, don’t ask how much star they got. It just pop up in my search list when I was looking for roast goose near my hotel. Got a number from and queued for 30mins, so it wasn’t that bad at all.

There are actually more I had but I am too lazy to dig out more photos. I spend most of the waking hours eating other than attending training, guilty max.

This post stayed in draft for 3 months now, don’t want to put this in draft for any longer. Till next time people! xx