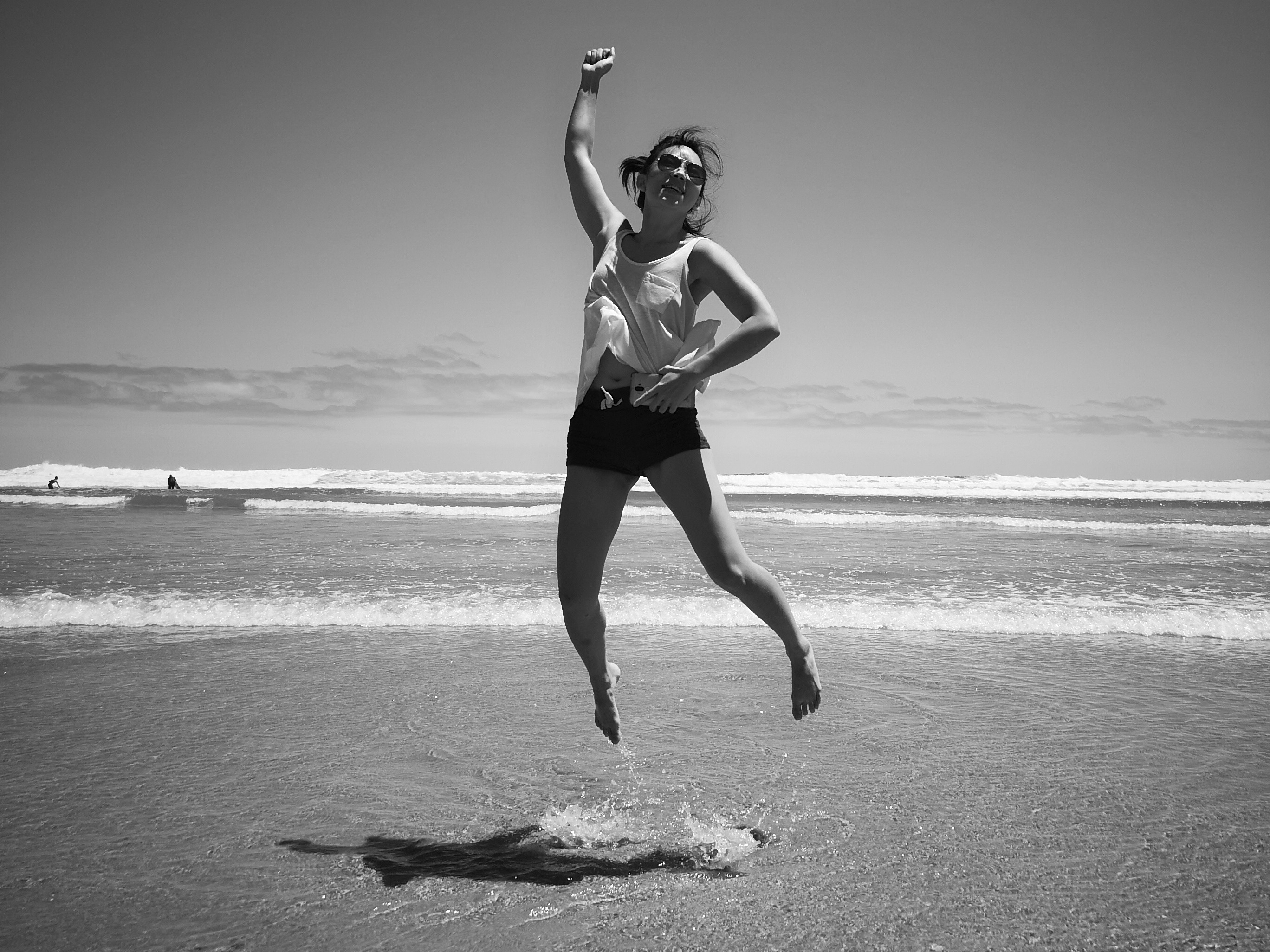 A few of my housemates and myself at the start of the year. LOL we are still at the beginning of the year but what I meant was the 2nd day of the year.

Made a trip to the Venus Bay Beach for pipis (commonly known as clam) harvesting. We had been talking about it for a couple of weeks and finally had the chance to do so.

The skies were covered with clouds in our area and we thought it might be the case at Venus Bay Beach. One of my housemates was contemplating getting the fishing license that would last for 3 days and decided that we would get it on the way to Venus Bay Beach.

It was almost 2 hours drive for us and as we approached our destination, we were greeted with clear skies and some clouds. I was woken up to check out the misty landscape, fog over the sea which almost level with the rolling hills.

The brain and the finger couldn’t synchronise well to capture it. Oh well, best way to keepsake a memory is etch it into the mind.

We saw a stopover area and decided to get down for a breather as well. Here’s the view we chance upon at the stopover area in Kilcunda Beach. It was such a good day to venture out.

Look at the view, isn’t it beautiful?

That’s another end of the lookout from the stopover we were in.

My curious queen housemate got so interested in the RV on parked next to us. She went to check out from the couple how much they got it rented. The sweet couple actually invited us to check out the RV they rented.

Here’s one of the housemates checking out the RV. It was the first time we got a close view of an RV. There’s a stove out there on the rear of the RV. The internal consists of a double bed, a reclining chair, a shower (toilet bowl as well), and a wash sink (included all the necessity for cooking and eating). It’s really well equipped with the necessary cookware, plates, cutleries.

We bid goodbye to the couple and parted. We arrived at the destination Venus Bay after a 20minutes drive. We came to this view, there were a lot of people on the shore and in the waters.

Looking out from the higher ground perked up my mood so much. I was humming my way down to the beach and repeating ‘Ahhhh, my vitamin sea’. That’s what going to the beach will do to a sea lover. Can’t help seriously.

It’s time for photo spamming and let the photos do the talk.

One selfie before we run to the waters and try to harvest as many pipis as we could.

I think they have a dress code that very day. They wanted to be the traffic lights on the shore I supposed LOL.

We even brought our own pail along to transport the harvested home. Ambitious much LOL.

Bubbly red lights enjoy it much too.

Her first harvested pipis. That’s exactly how I felt when I harvested my first pipis.

I can spend all day chilling by the shore seriously.

Too bad, I didn’t take a photo of the pipis harvested. The amount harvested was embarrassing, barely enough to feed one FOL. We had fun though and thanks to this bunch that made the trip possible.

I’m glad our path crossed and I have met these bunch of great people when I was a little lost in a foreign land. I definitely miss them quite a bit after moving over to Sydney.

Happy Valentines Day! 💐 From Him to Her From M

Bold and Italic, Never Regular. One of my favouri

Take a moment to stop and appreciate things around

No reason to fear the wind when so deeply rooted.

Hong Kong and I? The only photo of me in Hong Kon